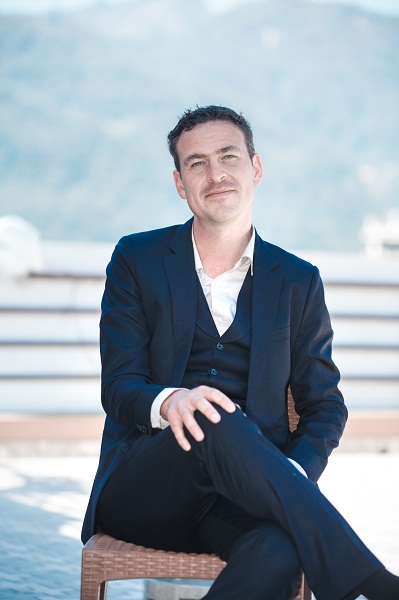 People who want to learn French as a foreign language like to know who the teacher will be and what experience they have. So let me tell you about myself and our team:

That’s me (see photo on the left). I teach French, English, Spanish, Catalan, Russian, German, Serbo-Croatian, Mongolian and Nepali. I would like to share with you my passion for teaching languages. I am surrounded by a team of French native teachers who take over according to the progress of students. The objective of all my teachers is very clear: to enable you to SPEAK and UNDERSTAND French .

At the age of 16, I took intensive Russian lessons at Laval University in Canada with wonderful teachers who gave me a very great desire to continue my own learning of this fascinating language. I quickly realized the enormous limits of learning a language in a group and focusing only on grammar rules.

The following year, I participated in an intensive program to refine my English for 5 weeks (I’m a native French speaker) at the University of Sherbrooke, in Canada.

When I was 18, I left for Europe for a trip that would take me from Paris to Moscow by bicycle. Through a combination of circumstances, I met a "Yugoslavian" family who owned a hotel-restaurant in Germany. By staying with them for almost a year, I learned German and Serbo-Croatian.

At the age of 20, I left to teach English to some street children in Ulaanbaatar, the capital of Mongolia. I stayed there for 6 months and went back a second time. Mongolia being unilingual and my desire to communicate with this little known people being very great, I had to learn the language. About 7 years after this experience, I wrote the only available guide in French on how to learn Mongolian.

During my studies in social work, I continued to work on learning some other languages and when I worked in Lebanon I gained a pretty good knowledge of spoken Middle Eastern Arabic.

Life then led me to two languages that I never expected to learn: Spanish and Catalan. Indeed, with very frequent stays in Barcelona (almost 50 between2007 and 2013), I learned these two related languages (also very close to French).

In 2009, I left for Nepal which I completely fell in love with. I learned the Nepalese language there and I’ve been back 8 times since then (total of 5 years). Given the lack of a method for learning Nepali, I started writing a book on the Nepali language for French speakers (as I had done for Mongolian a few years before).

In 2014, I took intensive Romanian lessons before leaving for Romania at the end of the same year.

Even if it is true that learning a language is easier when you know a few others, it is above all a passion for communication that has made me want to learn each new language. It’s a great pleasure for me to share my passion for languages with my students who want to learn French.